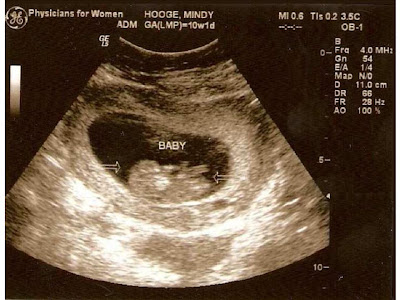 * Editors Note...this could be a hoax...there is only one baby in this photo.
1 comment: 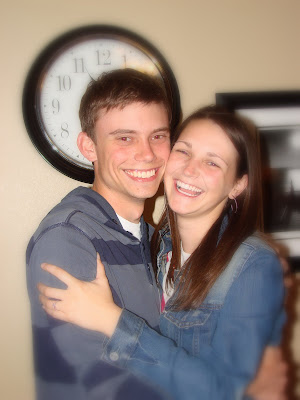 This week we were all surprised to find out that the couple referred to as simply O'Drew, by millions of adoring fans, made long standing rumors finally come true with the engagement. O'Drew, made up of former MSU Lady Bear stand out, Stephanie O'Donnell & Springfield Socialite, Andrew Albritton have been dating since a controversial surprise birthday party for O'Donnell back on September 4th of last year . The whirlwind romance, as many have described it, has been steadily progressing from an "uncomfortable flirtation, to the now heated passion of true love", said one observer, "when they first would come over to our house, they would talk and hang out...and occasionally you would see then make eye contact; just last week they dropped by, and you could feel the deep seated love and burning desire as they occasionally touched hands, or once they even were locked in a side embrace for like 2 1/2 seconds." says someone close to them (that would only speak on the condition of anonymity).
Friends have commented that they seem extremely fit for one another, and its like there is a supernatural power drawing them together.
They have similar interests, as Albritton is a huge Sports Fan. and O'Donnell loves to watch obscure movies, and work on her vocabulary. Neither family has come forth with a statement, but one can only imagine that there is great concern on the part of their parents. Speculation has been that Albritton actually asked permission from O'Donnell's father for his new fiance' s hand in marriage. There has been wild rumors as to if he received it or not. We only know one thing, the shocking engagement came when no one suspected it. Albritton escaped the prying eyes of the paparazzi once again, by popping the question early one morning after breaking into O'Donnells exclusive downtown loft . Neighbors say he knocked on the door, and she actually let him right in.
Hillenblog was able to sit down with O'Drew for an exclusive interview on the day of the engagement. The EXCLUSIVE first photos (above) were captured of the happy couple just hours after the mysterious surprise visit to her apartment to place the Giant Rock of a diamond on her left hand. You can see in the pictures that they are glowing with excitement.
Below is the transcript from our exclusive sit down interview:

Hillenblog says: so...do you have time to grant an interview?

Hillenblog says: 6 months ago did you expect to be engaged?

O’Drew says: I thought it would happen quickly, but I didn't know when

Hillenblog says: What are your future plans?

O’Drew says: The wedding will be on Saturday October 20 in . After Andrew finishes school, hopefully in December 2008, we plan to go abroad as English teaching missionaries to ...and possibly other countries in the future.

Hillenblog says: What are you going to do after the wedding?

O’Drew says: A reception for friends who cannot traverse to KS will be held on Sunday, October 21. We'll leave for our honeymoon Sunday evening to a destination yet to-be-determined.

Hillenblog says: Will you have any kids right away?

O’Drew says: Kids will be in the future...but no plans for when...several years, I’d say

Hillenblog says: What about Sex?

O’Drew says:...it is part of what comes w/ marriage, and we have decided to save it for our marriage, but yes.

Hillenblog says: What do you think about being one of ’s most famous "single word" couples?...(O'Drew)

O’Drew says: O'Drew is our fun celebrity name...its use probably won't outlive us, but we do enjoy it. I personally am quite pleased that his last name begins with a vowel...

Hillenblog says: How exciting was it for you to have your engagement story "broken" on Hillenblog? Are you now recognized in public? How has the fame changed you?

O’Drew says: I was most humbled by the feature blog on Hillenblog...made me feel quite special! :)

O’Drew says: Here's another tidbit for you...

O’Drew says: Baseball has been an ongoing theme throughout our relationship, even more than we realized in hindsight, anyway, my initials are going from SO to SA...Sosa was/is one of the best all-time home run hitters...that's what our relationship is...a home run...

O’Drew says: Cheesy, I know...you don't need to include that part; I was just having fun typing away

O’Drew says: Thanks for the interview

Please stay tuned to Hillenblog.com for more developing details of this exciting story. Next week we hope to have an exclusive sit down interview with members of the happy couples family, (Tyler?...Sybil?). Hillenblog reporting live from Rogersville!
2 comments: See the happy couples first public photo's, read the full details behind the shocking engagement. As America's next celebrity couple "O'Drew" sit down and talk about their future here with Hillenblog. Don't miss tomorrow's edition with the full story where they talk open and honest about the truth behind their whirlwind romance, their future, kids, sex, and find out what they have planned for after the wedding. All this and more, here on Weekend Hillenblog!
3 comments:

Falcons Win to gain entry to the League Championship Game 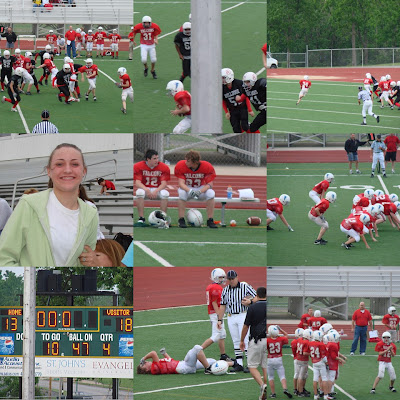 1. Round the end...
2. Hillenburg Intercepts a Bulldog Pass and runs it back for 14 yard return
3. Falcons Score on a wide open Pitch Wide Left...to Go ahead late in the first half.
4. Kailey, one of Barrett's Biggest Fans!
5. #1 & #2 Offensive and Defensive Players rest on the bench at half time.
6. That Falcon Offensive Line
7. Final Score, Falcons 18, Bulldogs 13
8. Armstrong had to go out for a single play after getting shook-up on his run to the one inch line...He dominated in every other down of the game on both sides of the ball.
9. Falcons celebrate as they clock runs out...during their final drive to the goal line. 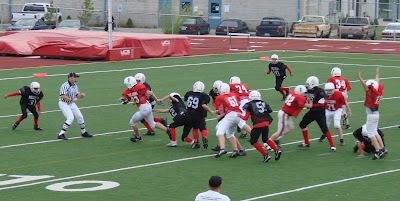 #23, Jeremy Armstrong runs through a whole pack of Central Bulldogs last night, and takes it to the one inch line setting up another Falcons score. 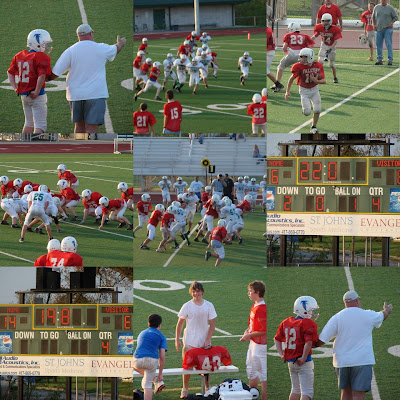 1. Glendale High School Football Coach Hurst gives Barrett some pointers.
2. #12 Hillenburg Around the end for a big gain
3. Barrett with one guy to beat before he turns the corner
4. Under Center
5. #23 Armstrong slices through the line...and upfield for another big gain
6. Falcons are behind with only 22 seconds left in the game...
7. Falcons Score a winning touchdown on the final play of the drive
8. The backfield celebrates the win in the May 11th showdown that will be a rematched for the League Championship Game!
9. oops...thats a repeat...

Look Who's Out on the Town! 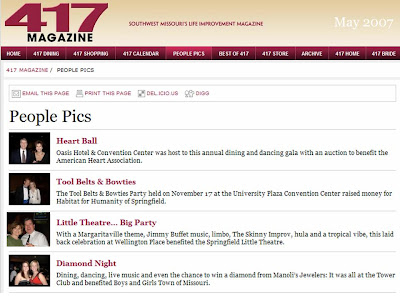 Email ThisBlogThis!Share to TwitterShare to FacebookShare to Pinterest
Labels: Pictures I'm not suposed to Blog 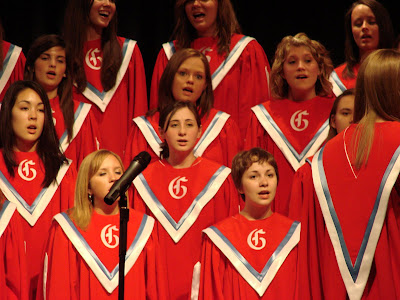 Skyler sang at her last Glendale Choir Concert last week, we will truly miss Mr. Hawkins. But I'm sure she will find a place in the Rogersville Choir. (You Tube Video of Skylers Solo to follow)
No comments: 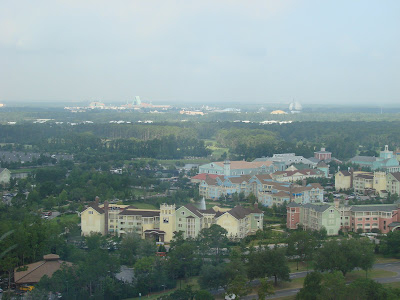 So I'm on the road this week & (end) at an association meeting in this city (name it and I have a set of Mickey Ears for the winner) oops...While I have been gone, I missed the Acapella Hymns concert that Cin & Sky put on...(that I heard report was awesome) and I missed the opening of the 10th inning concession stand, and I missed Barrett's football game.

However I met a few interesting people, helped spread the gospel of DMP. I also talked to a few people about blogging...

I have about a half dozen things to catch up on, on the blog...which I intend to try to do over the nex week. I may also start adding some other content to my blog...I haven't decided yet.

The J-Train rolls on 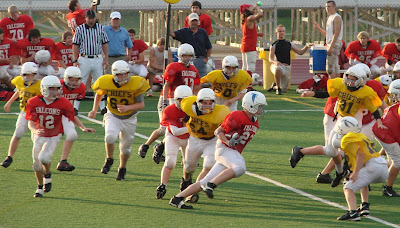 OK. There have been a lot of things going on lately, and I have let this blog thing slide.

I apologize...since I know that most of you live your lives vicariously through me. SO...here goes an attempt catch you up on a month...all in this one blog, photo's to follow.
Hillenblog Out!
4 comments: