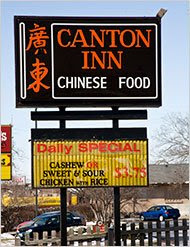 David Leong who was born in China, first cooked cashew chicken about 50 years ago in Springfield, Mo.

STANDING in the parking lot of Mr. Yen’s, a 560-seat palace of Chinese cooking owned by a family friend, David Leong scanned the red clay pagoda roof and rose-colored walls and staked a claim that few here in the Ozarks would dispute.

“All this came from my cashew chicken,” said Mr. Leong, the 88-year-old patriarch of the Chinese food industry here. “All these restaurants. This wealth. From my family.”

Cashew chicken, in the form first cooked by Mr. Leong nearly a half-century ago, is not the stir-fry served by many Chinese-American restaurants. Around Springfield, cashew chicken — deep-fried chicken chunks in a brown slurry of soy sauce, oyster sauce and stock, scattered with green onions and halved cashews — is the culinary common denominator. It’s a weeknight dinner, bought from a drive-through. It’s a weekday plate lunch, accompanied by fried rice and an egg roll.

More than 70 Chinese restaurants in this city of 157,000 serve cashew chicken, from Lucy’s Chinese Food, a three-location chain owned by brothers John and Tom Gregoroski, to the Canton Inn, a converted Dunkin’ Donuts where Chiwa and Foon Wong keep a pot of chicken stock simmering on the stove and the cashew chicken special costs $3.75.
No comments: 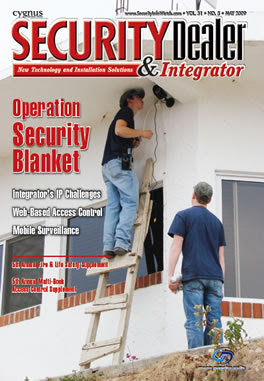 It took four days of heavy lifting, construction, wiring, climbing ladders and drilling to complete the security system installation at the Eagles Nest Camp and Children’s Orphanage in Guatemala. But much more went into Operation Security Blanket then just four days of sweat and labor.

For nearly 30 years Claire and Larry Boggs have been operating the orphanage in Guatemala in which they try to find adoptive U.S. families for the children. But a burglary in 2002 at their orphanage in Sololá found both of them at gunpoint, followed by another burglary which left the Bogg’s picking up the pieces a second time. It didn’t take much persuading on anyone’s part to convince them that a security system was of dire necessity for the orphanage.

“I was shocked that people would choose an orphanage to feed their greed but seconds later I blamed myself for thinking that it wouldn’t happen to us,” explained Larry Boggs, executive director and owner of Eagle’s Nest Camp and Children’s Orphanage. “We had two armed guards in place since the first robbery and they had a trained dog at their disposal. At the time of the intrusion, the dog was still in his pen and the guards were surprised by the multiple intruders. What was going through my mind was ‘we can’t fight this.’”

It wasn’t until a trip to Guatemala that brought together the Bogg’s with the family of Mark Hillenburg, product architect, Digital Monitoring Products (DMP), Springfield, Mo., who became the director of Operation Security Blanket, that really got the project headed in the right direction.

“My daughter went on a high school missions trip to Guatemala and my wife was a chaperone on that trip,” explained Hillenburg. “So they had been there and seen the kids and the children’s home. Later that year the Bogg’s came to visit our church and we had them over for dinner. We just started talking about security and the needs of the children’s home. The more we talked, the more I thought we could make this come together to meet their needs.”

Wasting no time, Hillenburg set out to address the security needs of the Bogg’s orphanage in Guatemala. In the months leading up to the installation process, which took part around the end of March 2009, Hillenburg worked to spread the word on the project while raising the funds necessary to get all installers and volunteers of the project to the shelter.

High Street Baptist Church sponsors the orphanage and supports them every month and a few of the people that went on the trip are part of that church and that was part of the process of getting the trip put together, according to Hillenburg. The church sponsored the planning of the trip and some of the fundraising for the individuals that were going, while most of the other people who went on the trip raised their own funds.

Thanks to a Pancake Breakfast sponsored by the church in early 2009, the cost of shipping the security equipment to Guatemala was covered for the project.

Using Facebook, they were able to promote the Pancake Breakfast. Over 1,500 Facebook invitations were sent out for the event and a three day campaign push was initiated for people to use the word “pancake” in their status message about the project. “It was awesome to see support from friends and family all over the world promoting our Pancake Breakfast through their FB status,” said Hillenburg. “We served pancakes to 236 people and sold tickets to some 150 more and raised $1,500 while partnering with Applebee’s Community Partnership program.”

From the start, Hillenburg knew that the type of system that Larry wanted was something robust that would involve additional players alongside DMP. Throughout the project’s run, a number of volunteers and manufacturers came on board to donate items for the security system at the orphanage, including Clinton Electronics, Tane Alarm Products, RS2, Altronix, Atlas Security and Samsung/GVI Security. With 21 volunteers, the group headed to Guatemala en masse to complete the final steps of Operation Security Blanket. Upon arrival at about 9:30 p.m., the group wasted no time and got to work on the installation of the security system. The wireless intrusion system was installed in the dense concrete and plaster infrastructure of the building which was a tough environment in and of itself. The final installation now includes over 85 wireless detectors and 17 different protected areas spanning the six-acre grounds of the orphanage.

“Thanks is insufficient to express my pleasure with the system, how it came about and the cooperation of suppliers and technicians during the entire project,” said Boggs. “I think that the guards feel that having eyes and reporting devices armed each evening enhances their effectiveness, thus making us all feel safer. If I could change one thing, it would be to have one or two techicians return to observe our operation in full swing and then fine-tune things that we are doing so that we can take 100 percent full advantage of the system’s capabilities.”

It looks like your American Idol Vote tonight Pits Good vs. Evil... how are you going to vote?

I hope you enjoy this as much as I enjoyed making it. Hillenblog! 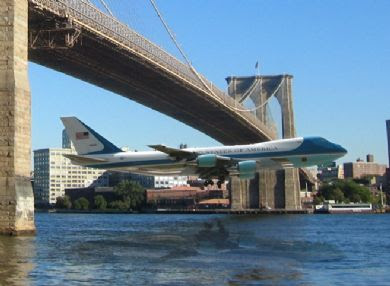 Looking forward to cashew chicken with friends tomorrow night. The famous Julie Creach recipe. It's better than the Shang. Drag it on inn. Hong Kong and Gees. Better than Jade east. The Chef. Peking. Canton. Or tasia. Even better than sky dragon. Mr. Yens. And Super Mongolian BBQ.
No comments: