Keep looking at this link as it will be updated with the Class 3 Football Playoff information including game times and locations.
No comments:

That among this blog, there are a few other ones that I try to publish and keep up with. One of those is something that I put at www.Hillenburg.com. I thought that it would be cool to own my name.com so I do.

After a few years I decided to put up some geneology info on it. As of lately, I have had some great people send me lots of research for the Hillenburgs going back to the 1600. Its pretty awesome. However I have also had something else happen.

I keep getting emails from people that think I am Stephen Hillenburg. You know the Creator of Sponge-Bob. I guess Stephen is not so easy to get in touch with and he is somewhat a private person (I really don't know) The truth is I have never watched an episode...and when it comes on TV the voices are so annoying that I immediately turn it over. I know its very popular...but I guess I don't get it.

Anyway...I have recently gotten three emails that I thought I would share with you all for what its worth. Not that its anything earth-shattering...just interesting to me. So its on here...after all this is MY blog :-).

Hello Mr Hillenburg my name is Daniel Castro I come from Venezuela, South America but I am now living in Australia. I'm 12 years old and I am a big fan of Spongebob Squarepants, in the future I would like to be a big artist I love drawing Cartoons, Manga and lots more. I was wondering if you could send me some facial expressions of your cartoons.Thank you bye

Please reply
Daniel Castro
I am embarrassed to say that I mis-read this email early one morning on my iPhone and I thought that it said that this person was 72 years old. Not 12. I promptly replied to him "Wrong Hillenburg" Sorry for being so abrupt Daniel. I should probably not reply to emails before I wake up.

Dear Stephen,My name is Seth Elkins. I think you should make an episode of Spongebob when Spongebob, Patrick, Sandy, Mr.Crabs, and Squidward all go to a hotel.The problem is that the restaurant at the hotel tricks Spongebob into telling the chefs the krabby patty formula. will they make the chefs forget it? I hope you turn this into an episode. from,Seth Elkins


SO...now you can see my dilemma. What should I do with these emails? Should I start responding as if I was the super secret identity of my famous (relative?) Stephen. Should I set up the email address Stephen@Hillenburg.com and see what else comes pouring in. Or should I just ignore these and stay focused on my final end goal of making my alter-ego Hillenblog hollywood famous so I can show the world how super hot my first wife is and kill the "Starter Wife" theory for famous men in Hollywood?
1 comment:

All Fun Times must come to an end...

Look who's hitn the Red Chair. 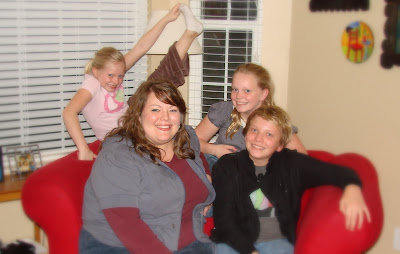 Email ThisBlogThis!Share to TwitterShare to FacebookShare to Pinterest
Labels: The Red Chair

Blogger don't fail me now. I just had to tell somebody that.
I'm at @hsbc11am looking forward to another great service.
Hillen Tacos tonight at Randy & Lauren Thomas house for small groups. Gittye.