Just a funny little story about a boy named Kent...

As you can see...its been so long since I have blogged that they actually have changed the astrological signs...I am now a Capricorn. What the What? But that is a topic for an entirely different post.

As with almost any day, something really funny happened in our family over the course of the last few weeks...and it is too good to not share.

First you must know that at the Hillenblog house we have a strict rule about using curse words...They are absolutely, positively prohibited, with one exception...for humor. If you must use a bad word for the sake of humor...its allowed. We strictly enforce this rule...and it works pretty well, except for occasionally one of your daughters gets married and moves out...and makes up her own rules as to when its acceptable to throw around an expletive...and that might be more often than, say a sailor or a dock worker...(just joking, she is the very picture of civilized, finely mannered conversation).

This long and winding tale has to do with the rules for cussing that are set forth in different branches of our family tree.

First, I must say that in my parents house growing up, the rule was...none, zip, zero use of four letter words...but since my sister and I have both moved out...and possibly since they get to watch us raise their grand kids, an occasional heck or darn or shucks might be heard under the breath of the my Mom & Dad.

That leads me to my sister...since she lives in Italy, they learn all kind of funny words...so its a bit harder to control...but Jon and her have kept a tight lip, we will say, so anytime their kids hear a slip of the tongue...they take great exception to it...and as the good Missionary Kids that they are...they scold whoever the guilty party is.

That brings us to the Annual Family Christmas Poem  That my sister did a wonderful job writing this year. The Christmas Poem Tradition goes back to 1917 in our family...and its a fun little thing that I hope to pass down to my kids & grand kids (yes I have considered that possibility). So as you can read from the link above, my sisters poem contains a certain four letter word in it, that when read aloud as part of our family Christmas, immediately after hearing my Dear Sweet Mother reading the Christmas Story from Luke Chapter Two, yielded harsh looks, utter disappointment from her kids...and of course laughter from mine. (you know the humor rule). At the end of her reading, in the midst of the scolding that she was taking from her kids, she explained to them that "you get one bad word per year" and as the mother she was using hers for the poem. This seemed to content them, and we went on with our Christmas celebration with no more utterance or "stubbing of toe language", pardon my French (or Italian) blue words.

Flash forward to last week. As many of you may know, Kent has been diagnosed with Aspergers Syndrome which is a mild strain of Autism that basically causes him to occasionally be socially silly, crave consistency (as far as his schedule is concerned) & become fully focused on a given activity for longer than you or I would care to & spend time by himself. His generally rambunctious behavior comes from being an otherwise perfectly healthy young boy...because those traits are shared by his brother Ethan, and sister Natalie. We think that it comes from the Liles side of the family...if you think I'm joking...lets talk. :-) (Love you Jon)

So, last week, as Bec was rushing Jon to the hospital with crazy high blood pressure (see more proof of my assertion above :-) Kent was lined up in the hall at school to go to music class, undoubtedly one of his favorites, since lately in his "fully focused" tendency he is teaching himself to play the piano...and he's doing a pretty darn good job at it to, I must say. (shout our to my Mom who has given him a few starter lessons I think). So, while in the hallway at school, lined up to go to music, there is a sudden change of plans...not music, mixed up schedule...were going to PE. But first...we must wait in the hall here a few minutes till the gym clears out. When what to Kent's Wandering eye's should appear, but a fire alarm pull station, just next to his ear....Head height and right beside him...it was too tempting.  "What does this do?" I'm sure he wondered. "It has a lock on it...so surely its locked in place" he thinks...but how will one ever know, unless you pull it.

So yes...He pulls it. And...happy to report that the Fire Alarm at Strafford Elementary School works just as it should, bells, sirens, Emergency protocol swiftly drops into full motion. The teachers the faculty are evacuating the school...and Kent...sensing what he has just done...starts freaking out a bit. He tells his teacher that he pulled the pull station and he knows at this point that he is going to be in trouble.

After the fire trucks get there, and the administrators (who didn't have a key to reset the pull station) finally get the alarm shut off and the panic resumes to what must be the normal dull roar of an elementary school...The Principal has a talk with Kent...that ends in him being put in In-School-Suspension. (that means made to sit alone in the principles office and do his school work) There is nothing greater than this for Kent...he even got to meet the Strafford Fire Marshal...he probably thought this was the greatest day of school ever...and may very well be plotting at this next moment the best way to land himself in ISS again, after all being left alone in the principals office to do his work is what he would prefer any day. (for my sisters sake I hope he is not).

Now...this story on its own...is stand alone...pretty darn funny...and I could stop here, and you would have gotten your money's worth. But...no...there is more. More to this story that ties it up...nice and neat. Here is the rest of the story.

So...a couple of days go by...and Kent is on the School Bus heading home from school...some of the kids are teasing him (that socially silly stuff) and he is not taking it very well...and after almost enduring the entire ride home, with these older boys teasing him and calling him names...Kent has enough. He decides there is one thing that I have in my bag of tricks that I haven't used...and since its a new year...I have one to burn.   So yes...he lets if fly....he says..."You boys are a**holes!!"

To this, the bus driver said, "Kent I'm going to have to tell your mother about this." and he says..."I'm going to tell her right now". As he comes bursting into the door of my parents house...he proudly announces... "Mom!...I used my cuss word for the year" !!

I think after that they had a long talk...however that night at the dinner table...Natalie announces to the family..."I've decided that I am saving my cuss word, for my Birthday..."

So...here is to waiting for Natalie's Birthday...and to see what she has to say. I can't wait.

PS. Jon seems to be doing OK, pray for him, I have no idea why he might have high blood pressure :-)
1 comment:

The surprising truth about what motivates us 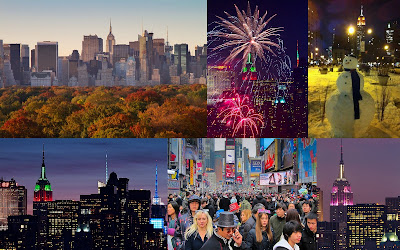 So I've been following a NYC photographer on Twitter...and I just love her Photographs...so I decided to blog about it on my new Blog. Her name is Inga Sarda-Sorensen and you too can follow her on Twitter @isardasorensen.