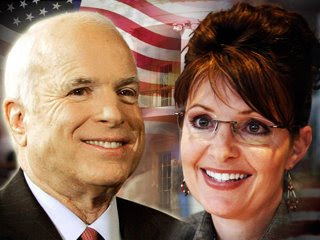 As we all learned a few years ago...it's NOT just the economy. But the the price of gas has a lot to do with the economy...and the price of gas (as we have seen in the last two months) has a lot to do with where we intend to get oil. With one simple pick of his Veep, John McCain has shown that he intends to drill for oil in Alaska (finally someone with the sense and courage to do it). Now if he will commit to build a few dozen nuclear power plants, throw in some Pickens wind energy and continue the Bush legacy of keeping us safe from another terror attack...What more could you want?

I know...John McCain is not at conservative as I am, he is a true independent "Maverick" candidate...and I question some of his history and decisions in his personal life and public life, however he is SO much better than the "Obama bin Biden" ticket...I don't see how any reasonable Republican or Independent voter could make another choice.

If you get past the delivery, theatrics, Hollywood hype...and charming (beguiling) good looks of Obama. Strip away the historic nature of his accepting the nomination of his party for President of the United States, on the anniversary of Martin Luther King's "I have a dream" speech. (never mind the irony that the author of the "I have a scream speech" orchestrated all of it all for the DNC). Get beyond the fact that the media is looking for a coronation, not an election of this man they call "the One".

When you put aside the sizzle, and dig into the steak. He is the same old tired borderline socialist liberal that the Dem's have tried to put up so often in the recent past. This time, with no real experience. Do they really think people are going to vote for a guy for president that won't salute our flag or wear one on his chest? have you read his Berlin Speech? If we think the Chinese gymnast was 14, not 16...we have the same evidence that Obama is Muslim (google is a great thing) (are we even allowed to discuss this, or is that "off limits").

Did the Dem's really prohibit John Edwards from speaking at their convention, because he had an affair, and lied about it...yet Bill Clinton is their "Rock Star" and keynote one night? Is that the party that you want negotiating with the Iran's Aqua Velvet Jhad? John McCain is a Hero and a Patriot and there is no country or dangerous group on this planet that would question his resolve or his trigger finger. Do you think that Dem's are going to offer you that same security? I think not.

Vote for John McCain for President. I have said my peace...and counted to ten.
14 comments: 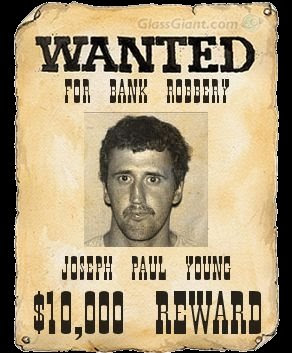 Investigation by the FBI lead to a residence in Christian County, Missouri, where the following vehicle driven by Young was located parked and unattended:
Black 2008 Chevrolet Silverado, Missouri license plate # 5MG-086.
Shortly thereafter, as officers/agents from the Christian County Sheriff’s Department, Missouri State Highway Patrol and the FBI began to coordinate a plan to arrest Young, Young drove the noted vehicle away from the residence. FBI surveillance followed Young several miles until he arrived in Rogersville, Missouri. The Webster County Sheriff’s Department, and the Rogersville Police Department (RPD) were dispatched to assist the FBI. Shortly thereafter, a traffic stop of Young was attempted. Upon doing so, Young fled in his vehicle, and was pursued northbound on Route B from Highway 60 in Rogersville. The pursuit lasted six to seven miles (right past Hillenblog's house) until Young abandoned said vehicle on Route B, at the Panther Creek Bridge. Young fled on foot, running West from Route B and into the woods along Panther Creek.
A parameter was set up by local law enforcement, including tracking dogs, but Young escaped capture. (upon further reflection by officers at the scene, if they would have set up a perimeter, instead of playing verbal games with the fugitive, he most surely would have been captured.)
Investigation is continuing by the FBI, Springfield, Missouri and local law enforcement.
Young is suspected of committing numerous bank robberies throughout the United States, including banks in South Dakota, Ohio, Kentucky, Minnesota and West Virginia.
Young should be considered Armed and Dangerous.
with information of Young’s whereabouts is asked to call your local law enforcement agency or the FBI, Springfield, Missouri, telephone # (417) 882-3303.

Recently our very own Coacher had some commentary about cliche' pithy sayings people use when they stand up and talk in church...and how he hates that. His post was somewhat mis-understood by some...and I think it has ended with him deleting the post. I hope that he takes this in the manner in which I mean it. :-)

I started taping this tonight..right after he said "these kids have been working really hard" ...for the third time out of four coaches introducing their teams. This was at "meet the Wildcat" night at LogRog in front of about 400 people. You can judge how he did. Leave a comment...I'm sure he will love it.

Also..the Soccer Coach (who I'm guessing may be reading this blog) called him "Maverick" which I believe was the nickname given him by our very own Jon "Big Italy" Liles...

Many People have asked how Scotty Hurt his knee...

Thats right folks...that's a Backflip on a golf cart...You don't see that at just any two-bit fair.

Way to stick the landing...
2 comments: 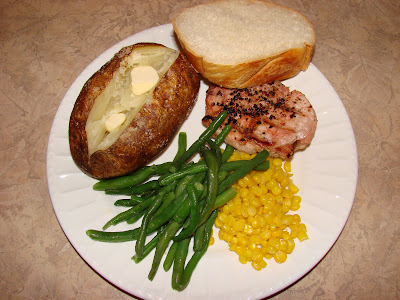 If you don't believe me...just know this...I used to weigh 165 pounds...when we were first married.
3 comments:

Can this be happening... 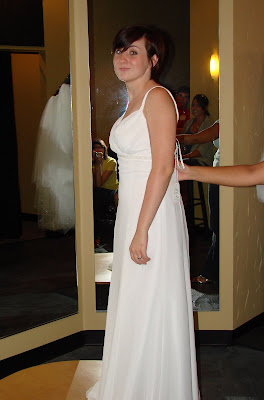 This was cute...but not nearly as cut as the Actual Wedding Dress...
No comments:

Looks like we have a first choice for an outdoor wedding. Start praying now for good weather & no conflicts on the schedule.
1 comment:

I'm glad it ended when it did. A last view of Springfield's own (for 2 years back in the 80's...for those of you that didn't frequent The Townhouse) Gretchen Wilson...and 6500 of her closest white trashy fans, two semi's of gear, and four buses.
No comments:

Email ThisBlogThis!Share to TwitterShare to FacebookShare to Pinterest
Labels: The Fair

Random Images from the OEF 2008 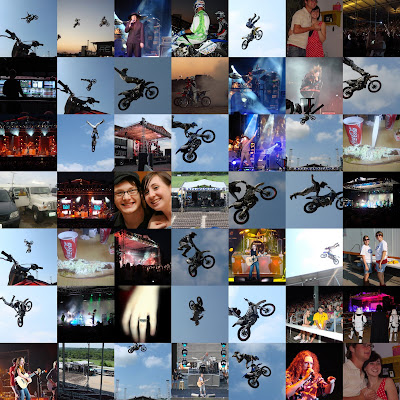 Up until the part where I broke my camera...then it is pretty much boring after that...
No comments: